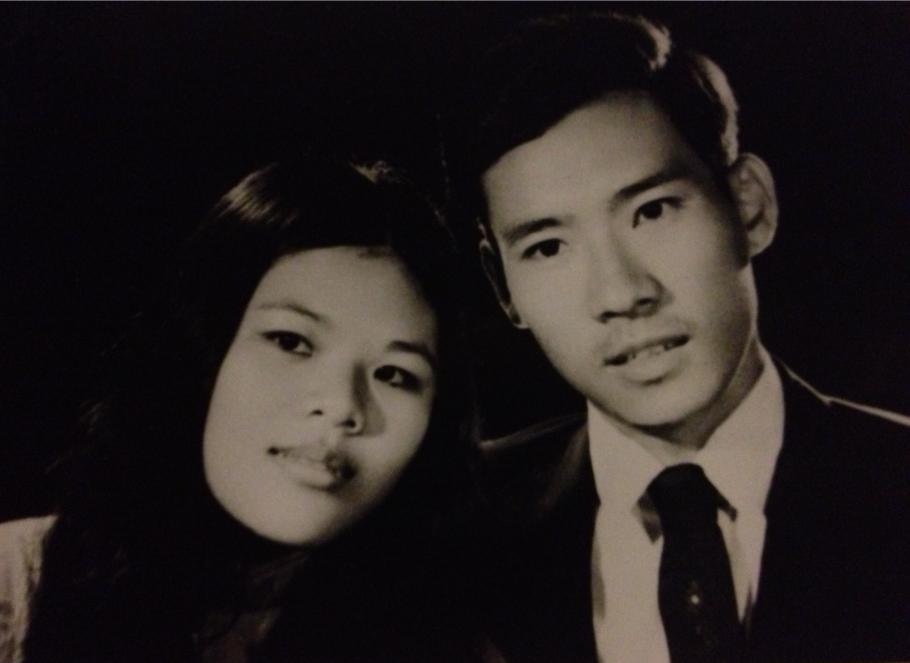 An introduction, so to speak. Many of you may know me by 'the guy" who takes your order & money. Well, let me go into depth of who I am, really. I may go further than what you are looking for but, oh well. I am a first generation Vietnamese-American born in the states by parents who fled their home after the fall of Saigon in 1975. My father is from central Vietnam (Quang Nam) and my mother is from the gorgeous coastal city of Nha Trang. Overall, Vietnam is a poor country but important and strategic enough for two powerhouse nations wanting to expand or prevent each other's growth into Southeast Asia.

My father was the youngest in his family. His parents passed away at a young age and thus was raised by his oldest brother. In fact, he was pretty much the caretaker for his nephews and nieces growing up until he left to serve the Air Force. He learned to fly and became a rescue pilot; he flew a smaller aircraft looking for those who needed to be rescued. He told me it was more dangerous than flying the fighter jets and I never really believed him until recently. Why, you ask? He flew at a lower altitude and the pace was much slower. All the while, he is searching for clues as to the whereabouts of his comprades in the thick lush jungle for a "needle in the haystack". Cues like a faint glimmer of a sunshine reflection bouncing off the tiniest piece of a mirror from out in the jungle. Crazy huh? That's my dad.

My mother is from a strong and well known lineage, the "Dinh" family. My grandfather was the chief of police in Nha Trang and he had a tall stature and charisma about him. My grandmother was the sweetest, kind and loving person you would expect from what I remember. So my aunts, uncle and mother had an upbringing that would be characterized as affluent but still rough around the edges. My mother and her siblings are quite educated and full of personalities. But the war torn environment did not help because as teenagers growing up in such conflict, it hinders you. I see it when I talk to her. Each hesitation has a meaning and a reason. The culture of Vietnam is a very male dominated one. Women are to obey and take care of the household chores and family while working, if needed, to support their daily lives. I think times are slowly changing there but don't quote me on that. My mother was 17 or 18 when she married and had my sister immediately.

I can't imagine growing up all of your life and being forced to leave a country you have fought so hard and long for. Not knowing where you are going and where to start must be mind boggling. However, when you are a family (a young one at that) and have others you rely on and they rely on you then you find a way.

We love our community

Get the latest scoop on updates and announcements.

Thank you! Your submission has been received!
Oops! Something went wrong while submitting the form.